Lice: What You Need To Know

According to the CDC, head lice (Pediculus humanus capitis) in the United States is most common among preschool and elementary age children and an estimated 6-12 million infestations occur each year among children 3 to 11 years of age.
What are lice?
​Head lice are tiny insects that live on the scalp. A louse (the singular form of lice) has six legs, each with curved claws that can hold tightly onto hair; it can crawl easily between hairs, but cannot jump or fly.
Head lice feed only on human blood so they do not live on pets or other animals. A louse uses its needle-like mouthparts to suck blood through the skin - it does not dig or burrow into the skin.
The life cycle of the head louse has three stages: nit, nymph, and adult.
How do you get lice?
​It’s important to remember that getting lice is not related to a person’s hygiene or the cleanliness of his or her environment. The most common way to get lice is by head-to-head contact with a person who already has it. Children often play together closely, and they may share brushes, hats, hair clips, etc. Adults who live with children also have a higher risk of getting lice.
Some studies suggest that girls get head lice more often than boys,
potentially due to more frequent head-to-head contact.
How is lice diagnosed?
How do you treat lice?
Over-the-counter options like RID which includes pyrethrin or Nix containing the ingredient permethrin are commonly chosen treatments.
These ingredients have been deemed safe by the FDA when used exactly as directed. (Possible side effects listed on product labels should be noted.) Unfortunately, many parents routinely over dose their children and themselves, desperate for a quick resolution of their lice outbreak. Parents also often use the treatments again if the first attempt fails – this too is a violation of usage directions. In addition, both permethrin and pyrethrin act on the adult lice, but do not have ovicidial effect – meaning they do not kill the eggs.
In 2001 a study was published confirming that dimeticone 4% liquid gel applied for 15 minutes on two occasions a week apart eliminated all lice and eggs from all participants following the first application.
What about home remedies? 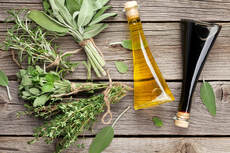 Developing concerns about chemical exposure and sensitivities tied to the products we use have led to an array of home remedies for almost any ailment. There are very few studies that have been conducted to evaluate the efficiency of homemade remedies because, let’s be honest: who would finance these studies? It’s simply not profitable to spend money to know if olive oil or apple cider vinegar are going to make your warts disappear, mitigate your toothache, or get rid of lice. One 2004 study did evaluate a few home remedies to control head lice concluding “None of the home remedy products we surveyed was an effective means of louse control.”
Some people believe that just picking the lice and nits out using a lice comb or tweezers is a 100% risk-free alternative. This has to be done over several days and is thus very time consuming.  A study done in the UK compared the efficacy of wet combing to use of the fore-mentioned malathion. Children assigned the combing treatment (bug-busting as they call it) were 95% more likely than those assigned malathion to have lice at the end of treatment.
It all boils down to understanding that if you want to be successful in your battle against these parasites, you’ll need remedies that will get rid of nits as well as kill adult head lice and nymphs.
*Head lice are not known to transmit disease; however, secondary bacterial infection of the skin resulting from scratching can occur with any lice infestation.