Why Are We So Attached To Our Hair? 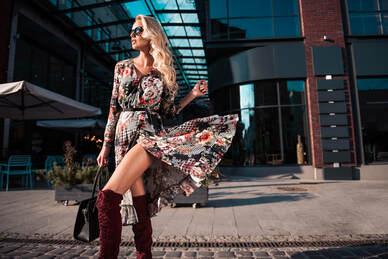 ​You know that feeling that comes with a PERFECT hair day? The confidence. The satisfaction. The secret hope you’ll run into someone (or everyone) you know.
Research conducted by Focus Pointe Global revealed 99% of women feel more confident when they are having a good hair day and a Harvard study showed women actually experienced a decrease in blood pressure after having their hair cut and/or colored!
Conversely, The Wall Street Journal quoted a marketing director for Tresemmé saying “Some 25% of women say they feel they don’t want to leave the house on a bad hair day.” while a  Travelodge survey showed 67% of women would mess up a job interview if they were experiencing a bad hair day, nearly half (49%) reported they do not perform to their normal standard in an important meeting or presentation,  63% of women would cancel an important date, and 52% would cancel an outing with their friends.
​So why does our hair have this much power over us? Isn’t it just dead fiber hanging from our heads? Well, that’s actually debatable but also an entirely different subject.
​The truth is, hair is (and has historically been) a way for people, especially women, to relay messages about who they are, and where they fit into their culture. Roman women powdered their hair with gold dust to convey wealth. Marie Antoinette’s tall, ornate wigs indicated status and power.
Fun fact: The term “bigwig” comes from 17th century England when men of importance
wore larger wigs distinguishing themselves from commoners.
In the early 19th century, flappers sported short haircuts that defined them and made a powerful statement about their feelings on women’s liberation.
Lack of hair also makes a statement, most prominently in religious contexts. Think nuns’ habits, burqas and wigs worn in some Orthodox Jewish denominations. These head coverings prevent the public from seeing women as objects of desire - the message being that hair can be powerfully attractive.
“Your outward appearance projects things about you, and people will make judgments about you based on that,” says Art Markman, Ph.D., a psychology professor at the University of Texas.
According to Rose Weitz, author of Rapunzel’s Daughters: What Women’s Hair Tells Us about Women’s Lives, hair is a social construct that is deeply connected to the identities of women.
And the list goes on… For decades, doctors, scientists, academics, writers, and marketing researchers have studied the importance of hair.  This father even earned BS degrees in geochemistry and sociology and a PhD in biogeochemistry before trying to help his 12 year old daughter with her curly hair sent him on an entirely new career journey. (This is actually a really cute story.)
The point is, while it may seem silly, the way you feel about your hair can be connected to much deeper emotions. Changing your hair can symbolize a new start, give you a means of expression, impact first impressions, and have a greater effect on your mindset than previously suspected.
It’s fair game to care about it.